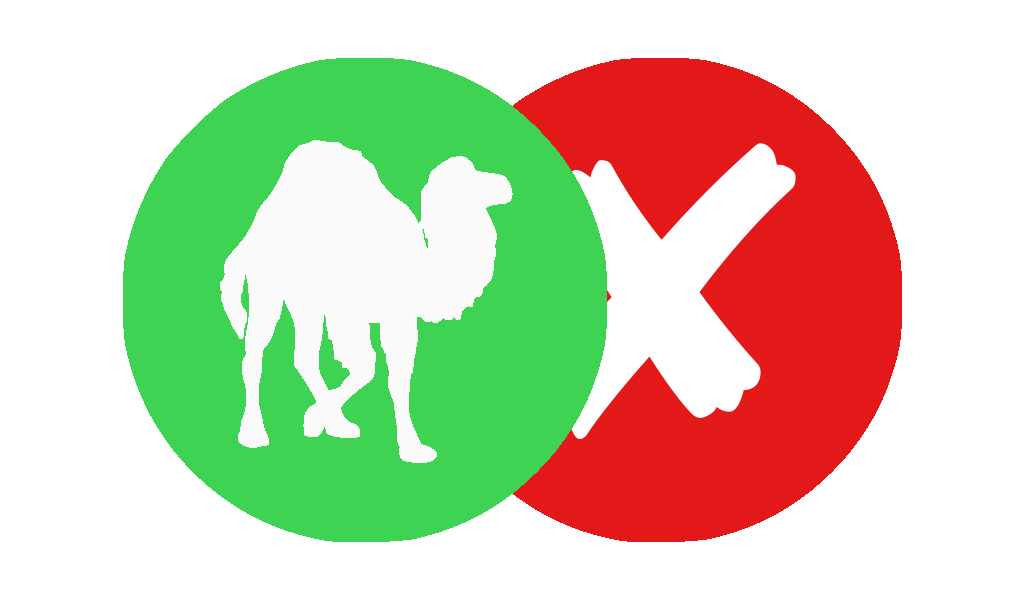 The second edition of the Perl Developer Survey took place from the 5th of April until the 7th of May. Over 32 days we received 1024 responses from all over the world, an improvement over last year’s 849. There were several changes including a few new questions and also a large number of respondents from Japan who were almost completely absent in 2017.

Here are some of the highlights:

Q1 How long have you been using Perl 5?

At the experience level there are only slight changes in the less than 1 year and more than 5 years brackets.

Q2 How did you start working in Perl? 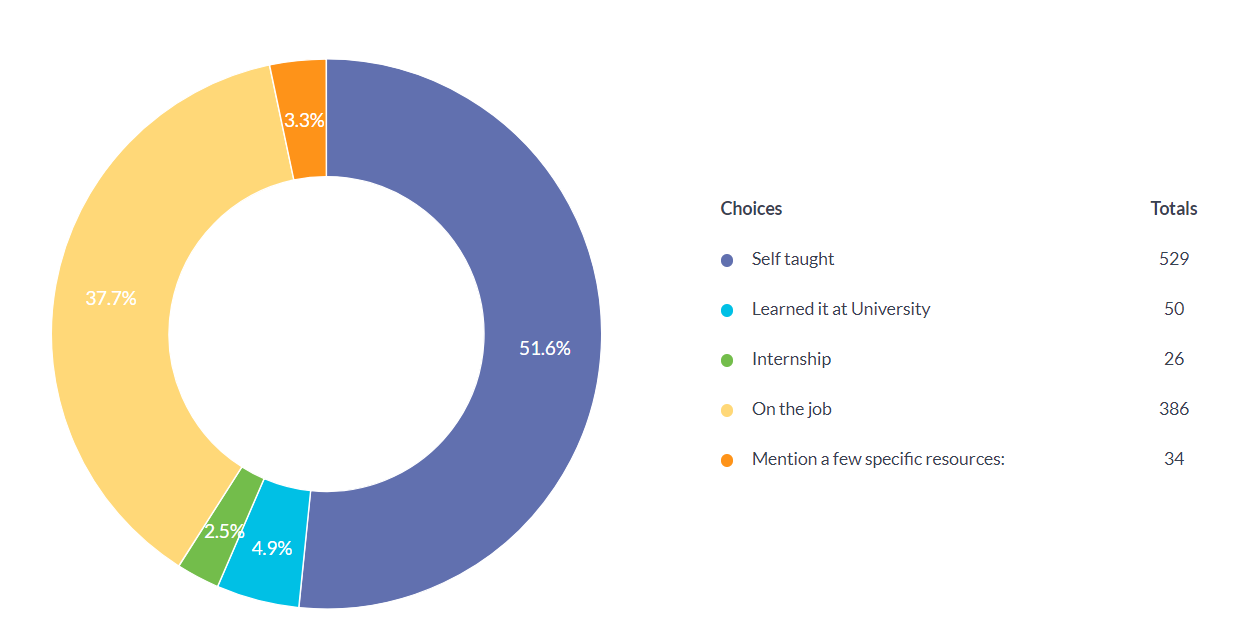 This is a new question, we wanted to know how developers got into Perl and what are the most popular ways of learning Perl.

The most popular choice, 51% is self taught, followed by on the job with 37.7%. Basically non formal choices have the majority. University is third with 4.9%, which is unfortunate, but not surprising.

Internships are dead last with 2.5%. A lot of companies using Perl are in need of talent, but growing new developers through internships is not a popular choice. The mention a few specific resources section brought answers mostly related to books, Learning Perl, the Camel book/Programming Perl, courses, Perl Mongers etc.

Q3 What resources would you recommend to someone new to Perl? 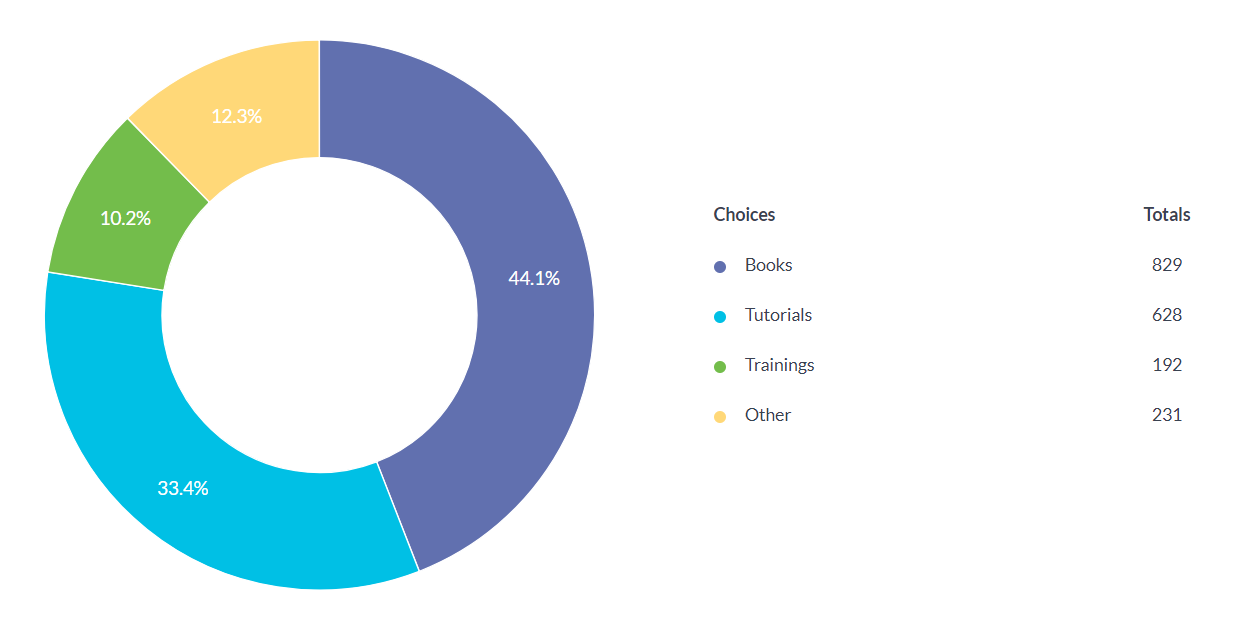 This question follows the same theme as the previous one, regarding resource and sources to learn Perl. Books are the most popular choice with 44.1%, followed by tutorials with 33.4% and training with 10.2%.

Q4 Have you tried Perl 6 or have any interest in trying it out in the future?

Here we have a slight change from 2017 that does not bode well for Perl 6, at least in this pool of respondents. The yes option dropped 9% from last year.

Q5 What Perl 5 version do you use?

The most popular version is 5.24, while the latest version, 5.26, is second to last. The other section had various responses, including older version like 5.8, 5.1. In 2017 there was also an other option with mixed responses.

Q6 Is Perl 5 your main language? 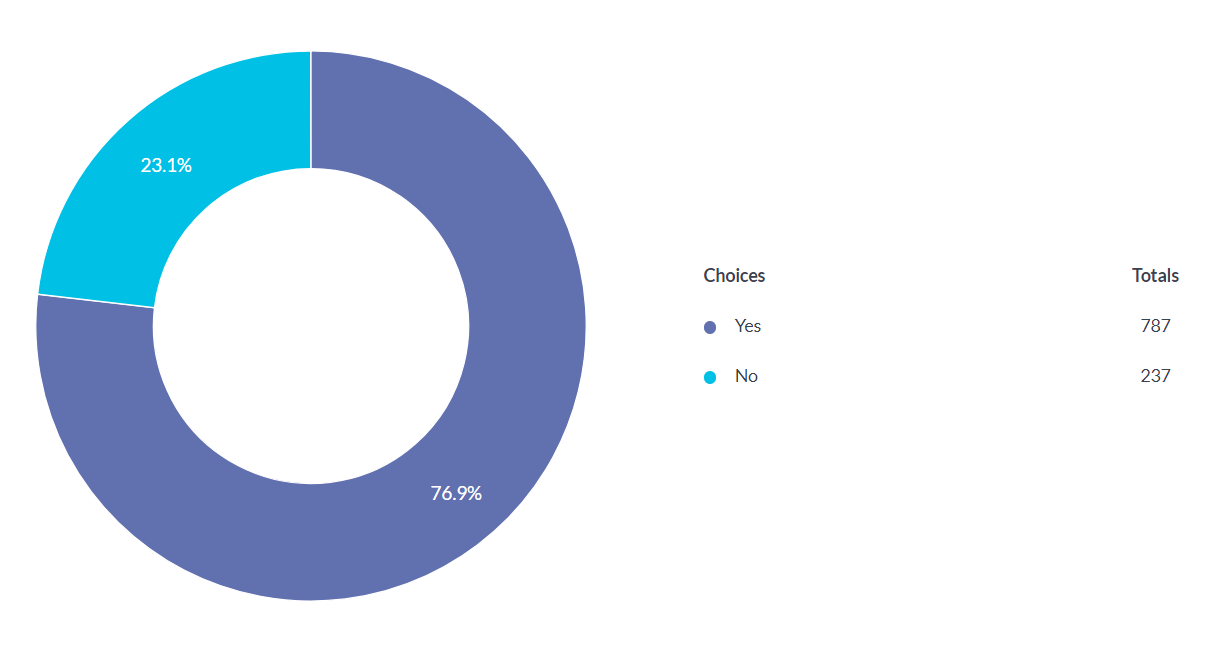 Q7 What other languages do you use? 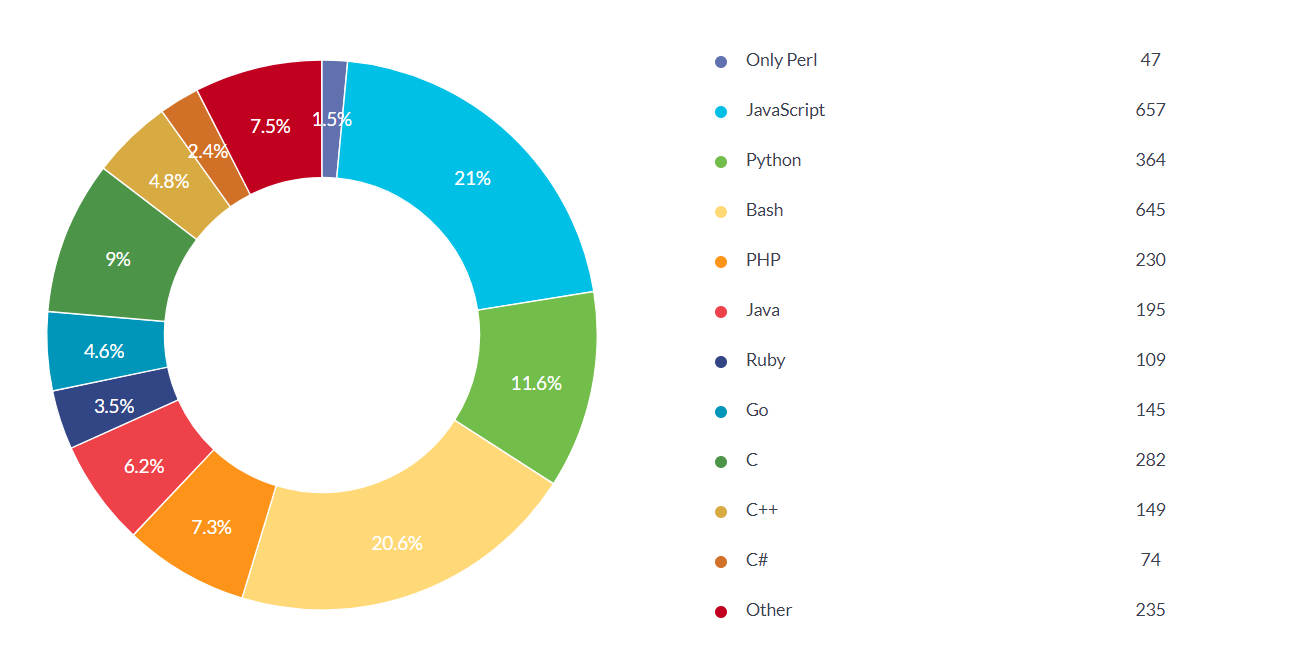 The other section was quite diluted and contained responses like: Scala, Swift, Rust, Erlang, Perl 6, TypeScript, Lua, Fortran and others.

Q8 What methodologies do you use? 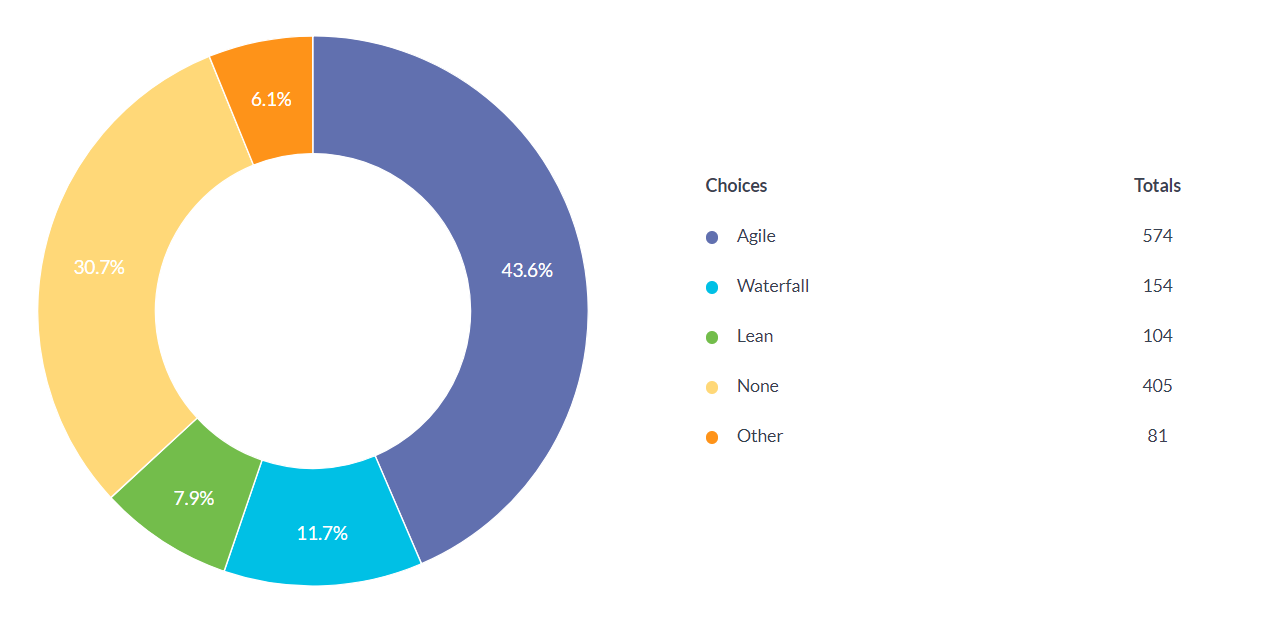 Methodologies correlate with how developers work and build software. That being said, 30.7% of respondents chose the none option. Most of them work in various size companies, but in small Perl development teams, which somewhat explains their choice. In the other section we received responses like: TDD, continuous delivery, spiral and various hybrid versions.

Agile is the most popular methodologies, followed by Waterfall and Lean.

Q9 Do you have a formal education in computer science? 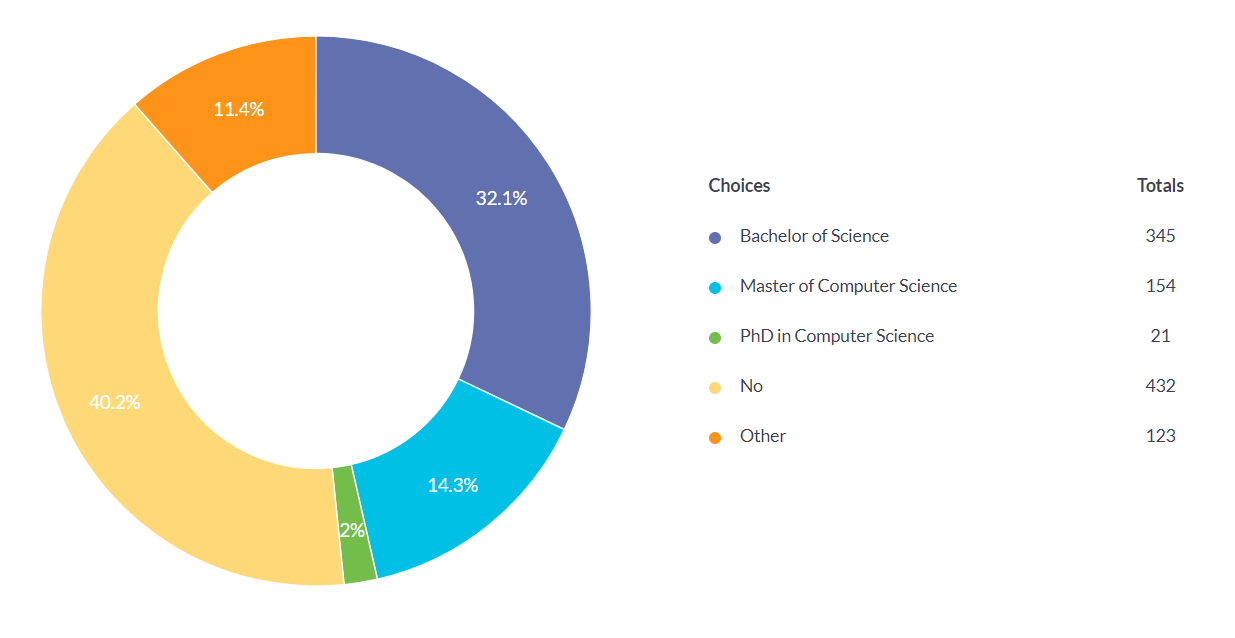 In the other section we have responses like: mathematics, high school, engineering or incomplete degrees.

Q10 What’s your type of employment? 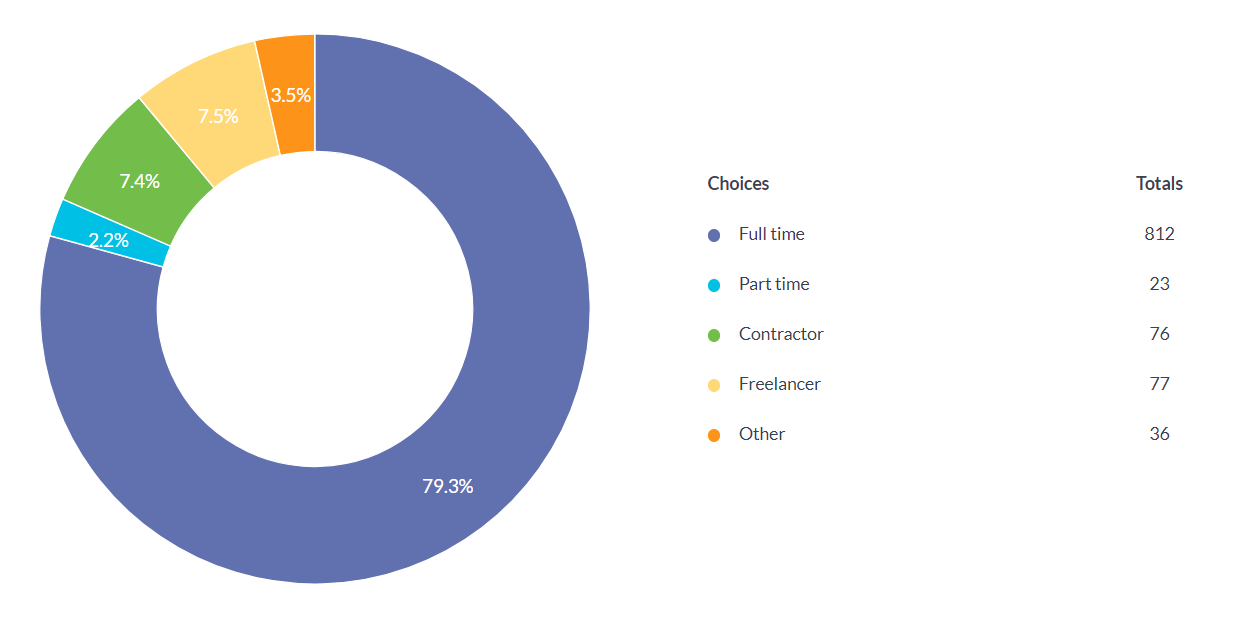 The full time section increased by 6.3% from last year, while the rest drop slightly.

The other section contained responses like: business owner, founder, student, between jobs or retired.

Q11 What’s the size of the company you work for? 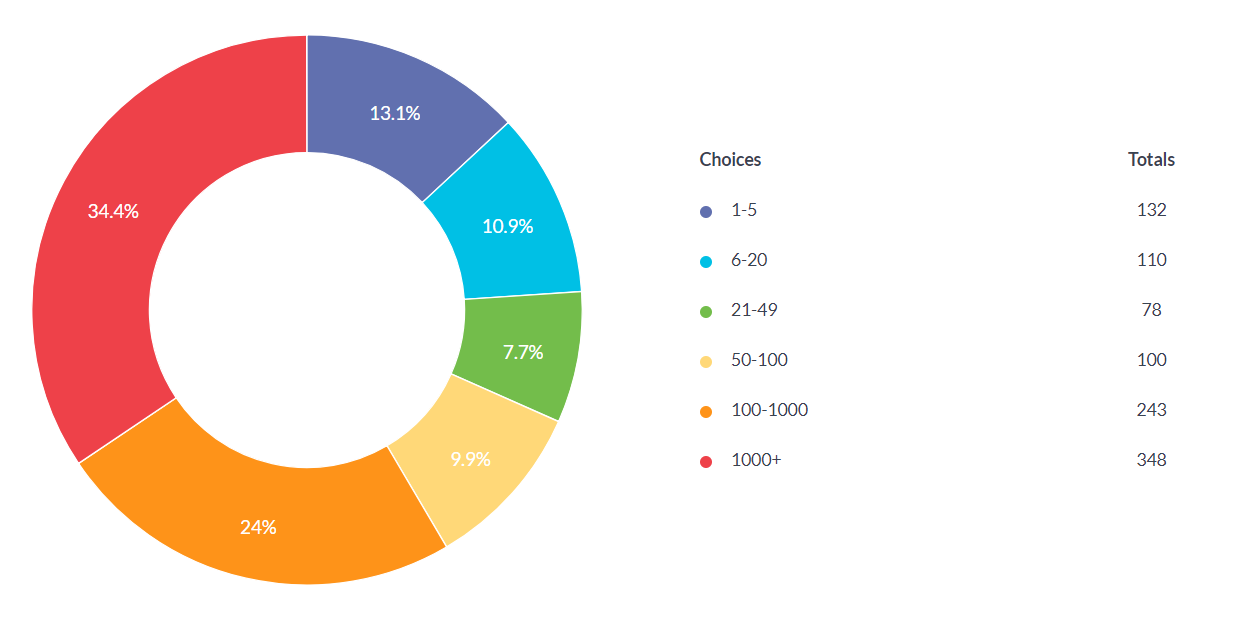 Company size statistics remain quite stable, with minor alterations, a 1.9% drop in very small companies, and a 4.1% gain in large companies.

Q12 How large is the development team in the company? 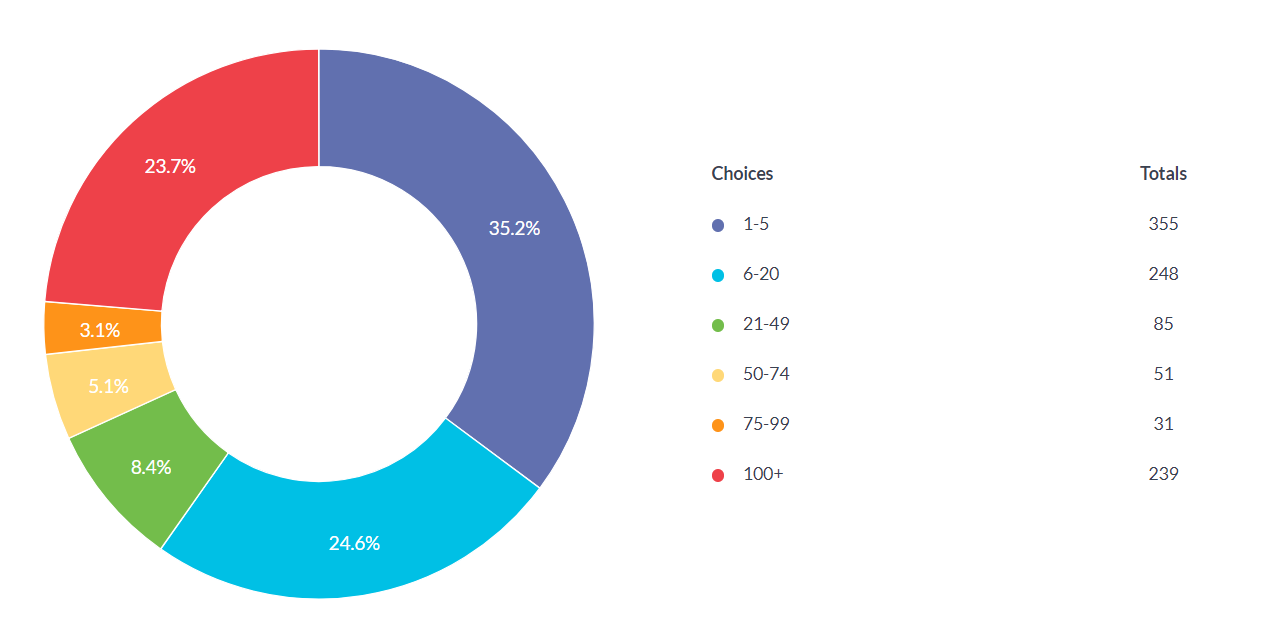 Q13 How large is the Perl team in the company? 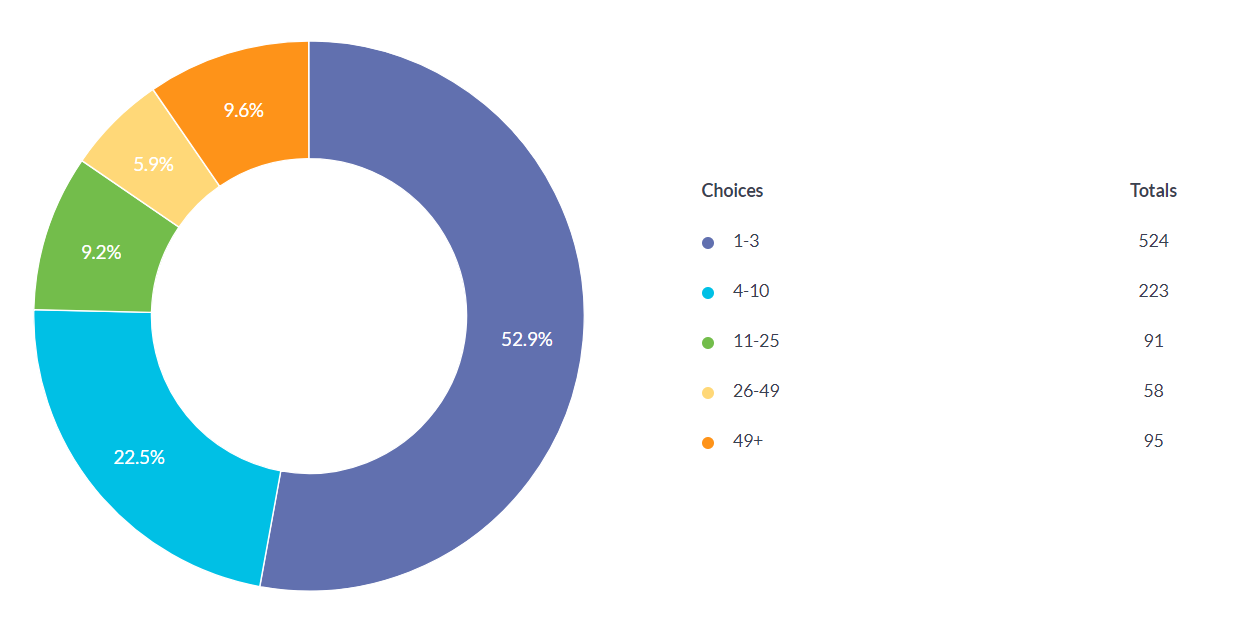 Not all respondents answered all three questions, hence there are small discrepancies between them, i.e they do not all add up to 100%.

This is the last question in a set. By comparing company size to development team size to Perl team size we wanted to know how significant is Perl in the development process.

The 1000+ size bracket offers the most surprising result, more than half have quite large development team, with more than 100 people, but about 34% also have very small dev teams, with less than 20 people.

For large Perl development teams, the 49+ bracket, the most popular countries are: the United States with 47%, United Kingdom 16.8%, the Netherlands 8.4%, and Japan and France 4.2% respectively.

Q14 What’s the field of the company?

Last year this question had a write in option, with a larger variety of answers that didn’t all quantify to anything significant statistically speaking. Hence, this comparison shows some significant differences.

1008 respondents answered this question. This was a multiple choice question.

Q15 Where is the company based? 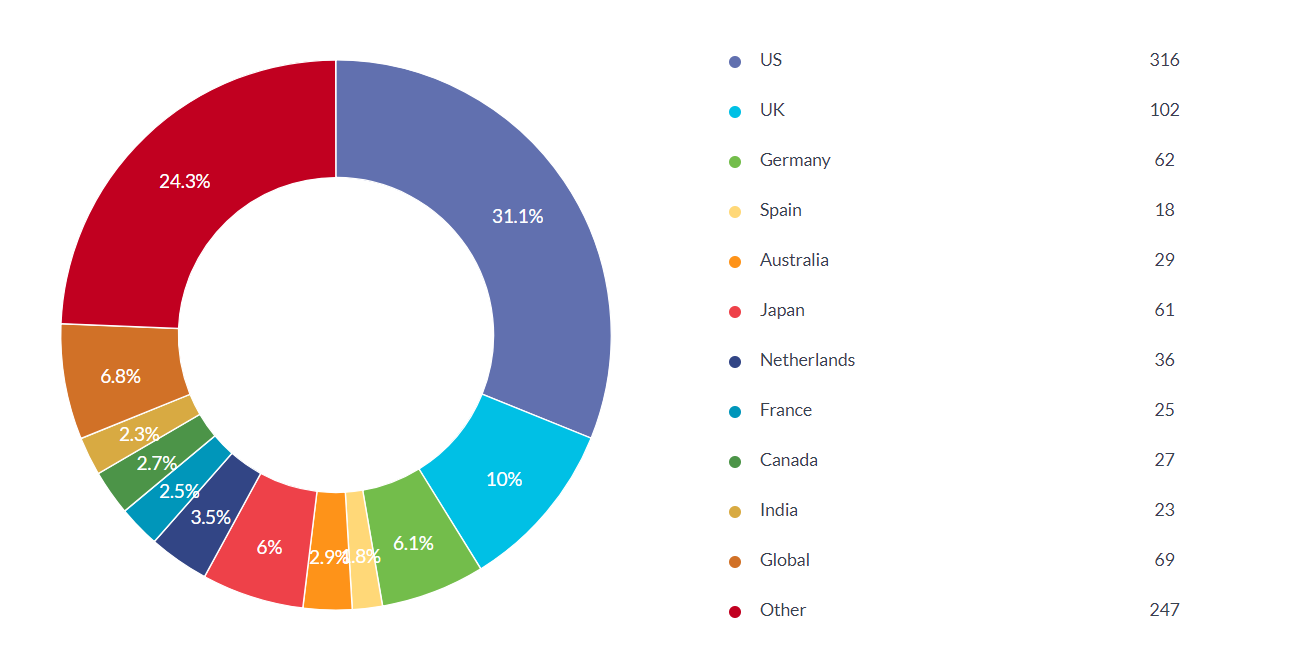 4.6% of respondents chose None as a location. The US again leads the board, followed by the UK and Germany. Japan makes an appearance as a large group of Perl developers joined this years’ survey, while Brazil increased its percentage. The other section had a variety of locations as well.

Most popular cities and states

Perl developers in the United States are spread all over the country, California, New York, Texas and Michigan remain popular states.

We only took into account cities with a significant percentage in each country. 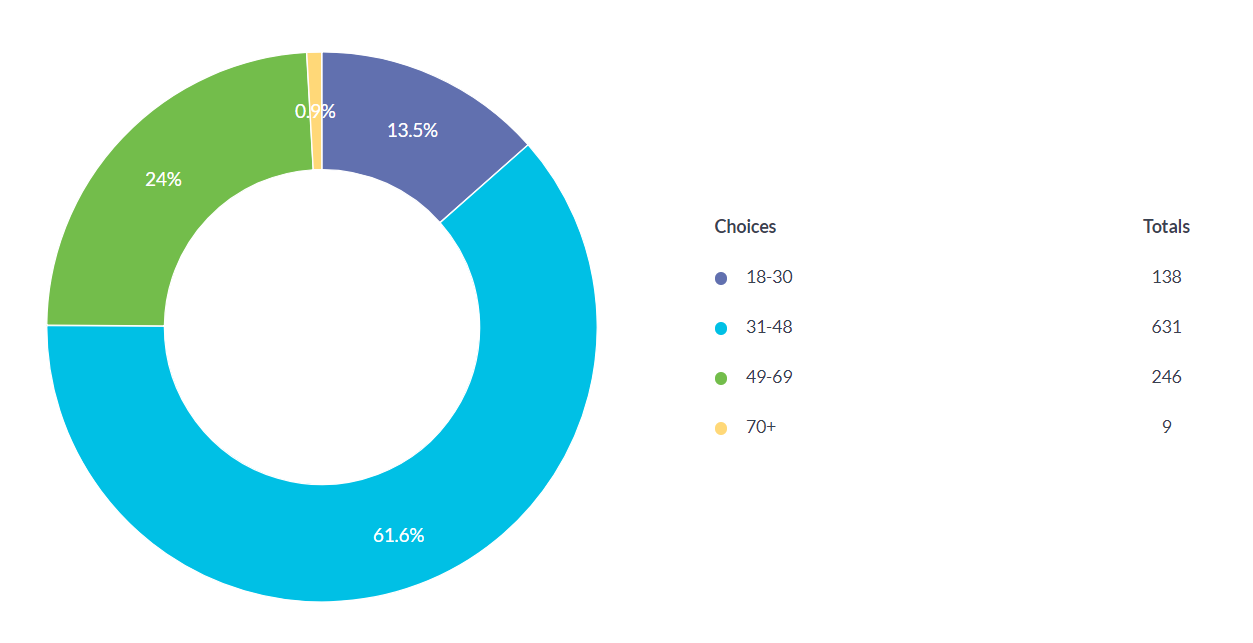 Q17 Do you work remotely or on site?

Compared to last year we have a 5% gain on the working remotely option. In the other section the responses were mostly a combination of both.

Not all countries are presented for each bracket, only those with a significant percentage.

Q19 Are you a full stack developer? 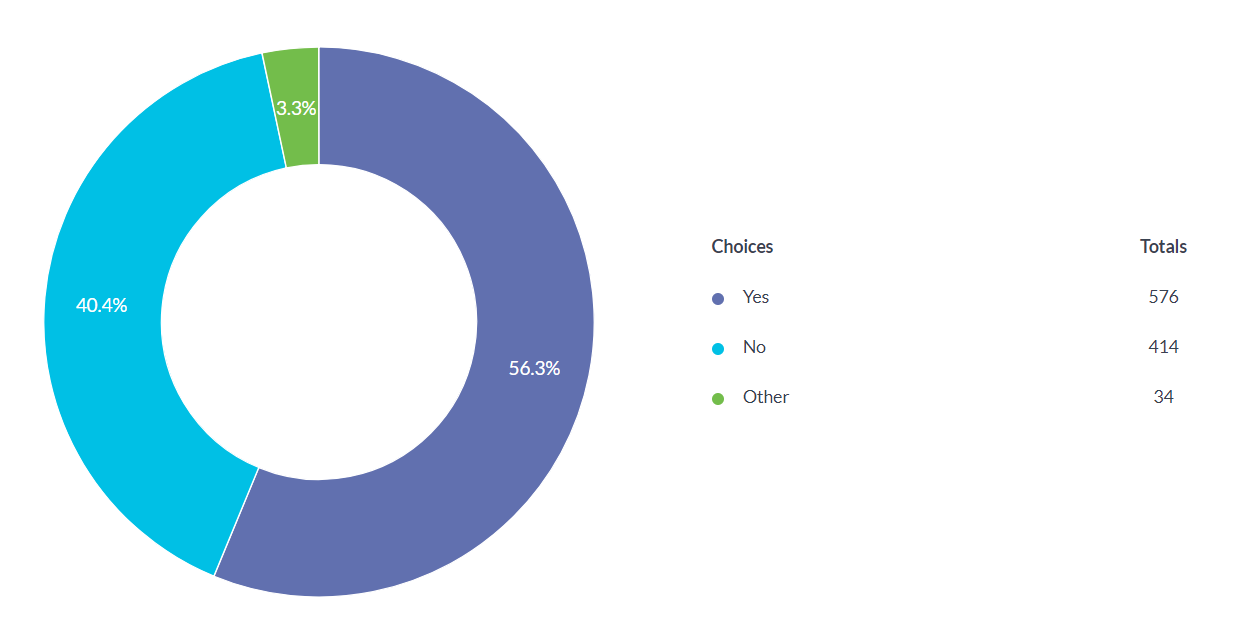 In the other section we received various responses that questioned the nature of the concept of fullstack and various other types of titles.

Q20 Are you a programmer or a sysadmin?

Most respondents are programmers, and a considerable amount are programmers and sysadmins, or have similar skills and responsibilities. In the other section we received responses that represent other positions like: architect, engineering or dev ops manager, QA etc.

Q21 What text editor/IDE do you use? 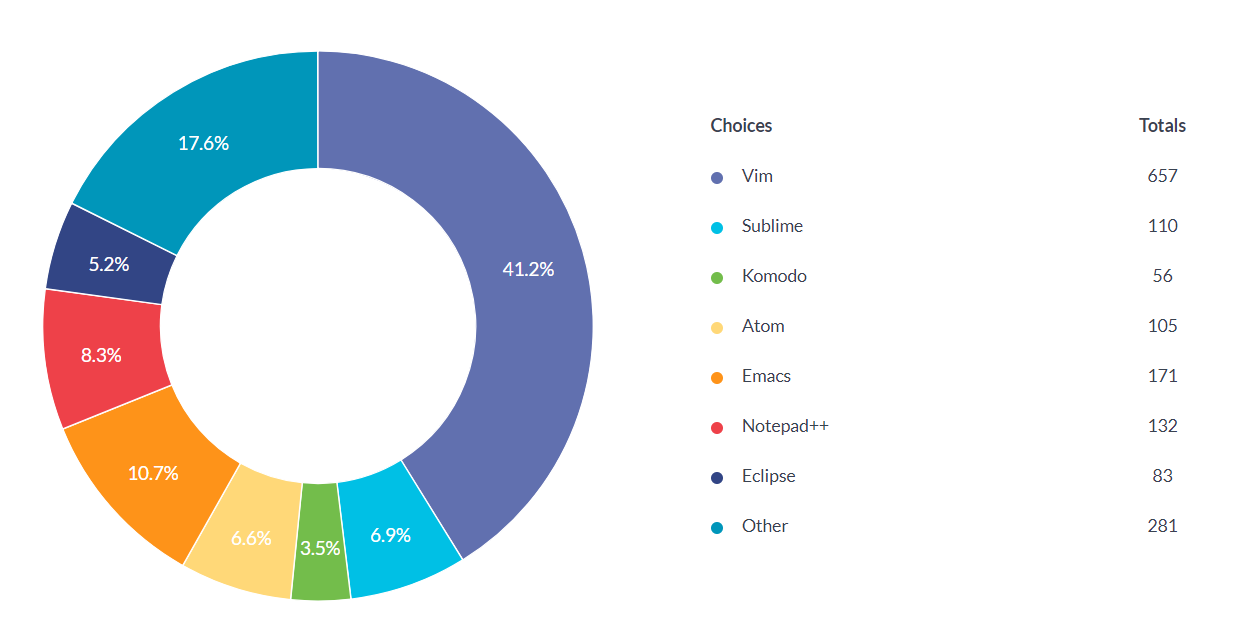 In the other section we received a variety of responses that didn’t quantify to anything significant.

Q22 Have you ever followed a TDD approach to development? 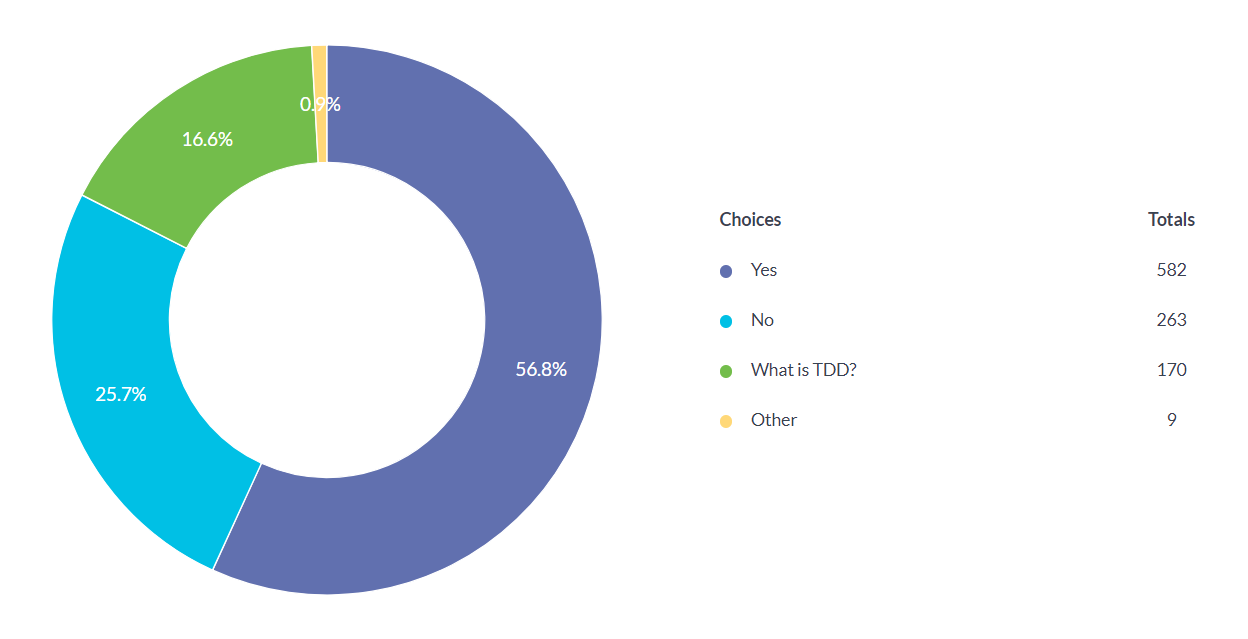 Q23 What Perl framework do you use? 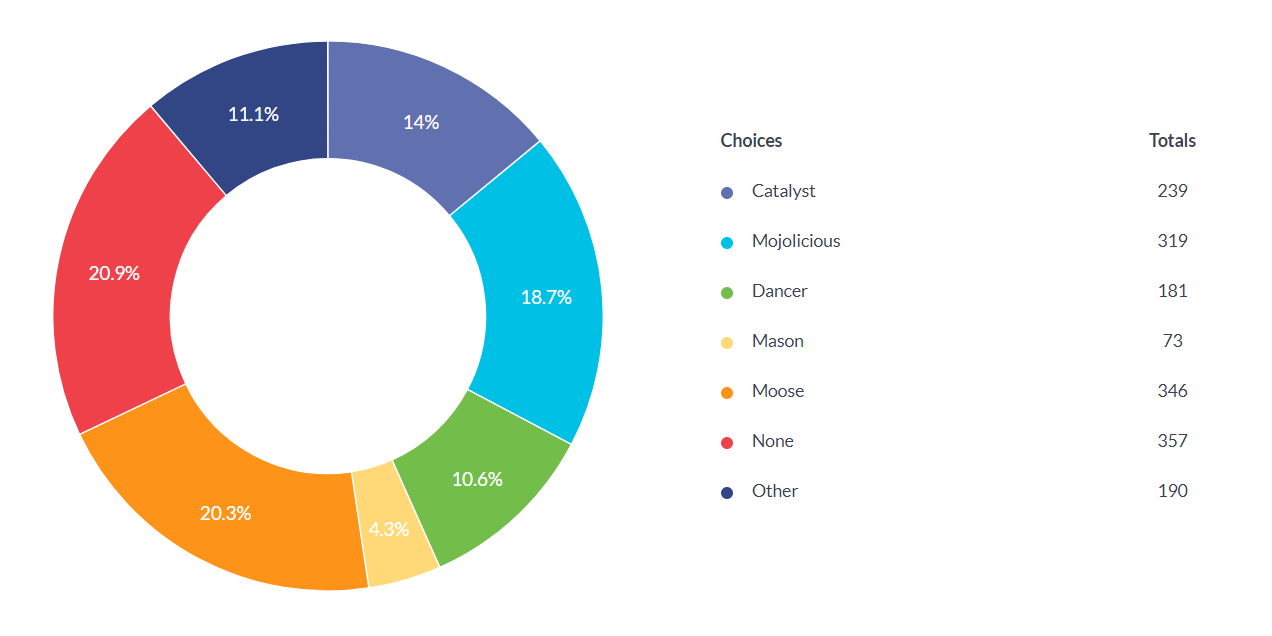 Q24 What do you use for debugging?

In the 2017 the option was write in so the answers varied, people using a combination of technologies. Overall data dumper is a lot more popular, together with print and Perl debugger.

Q25 What do you use for caching? 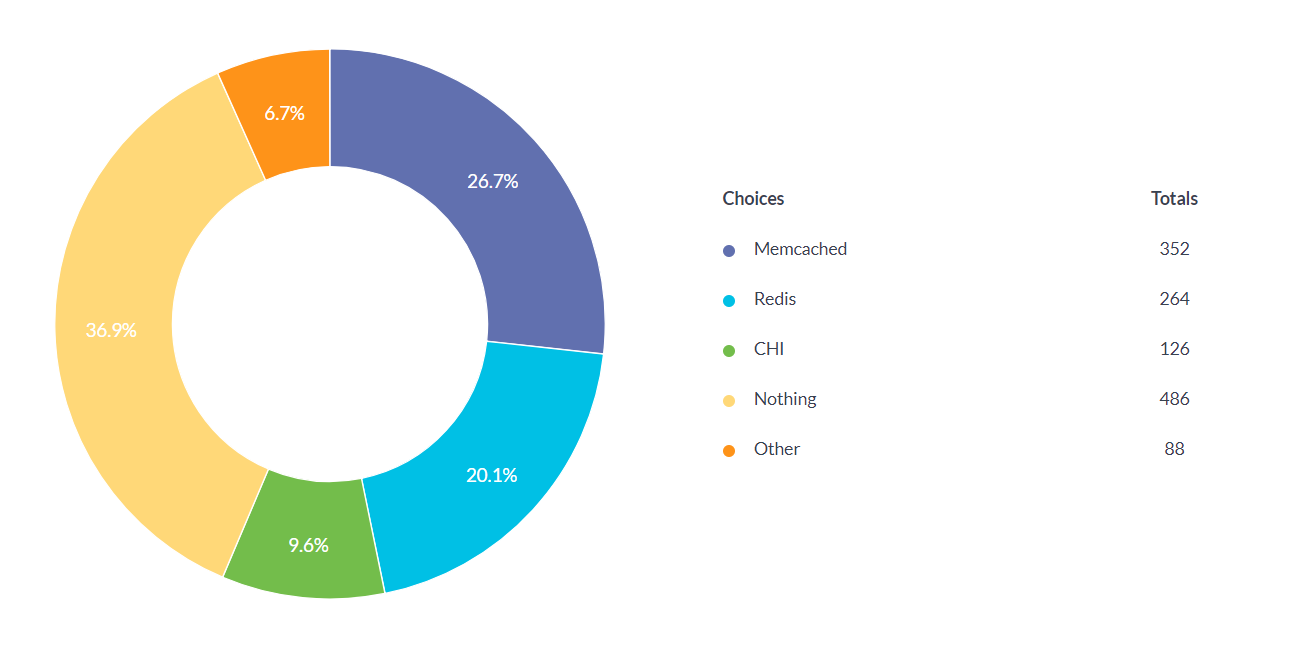 Last year the most popular choice was memcached, this year it was nothing. The rest of the answers in 2017, as in 2018, varied, from homegrown solutions to Apache2 or squid.

Q26 What databases do you use?

There were slight changes from last year, a 10% drop for MySQL and a few new and small entries. The rest of the answers in the other section varied.

In the other section respondents said they comment code rarely or only if it’s absolutely necessary.

Q28 Do you work on new features or maintenance?

Q29 What kind of apps do you work on? 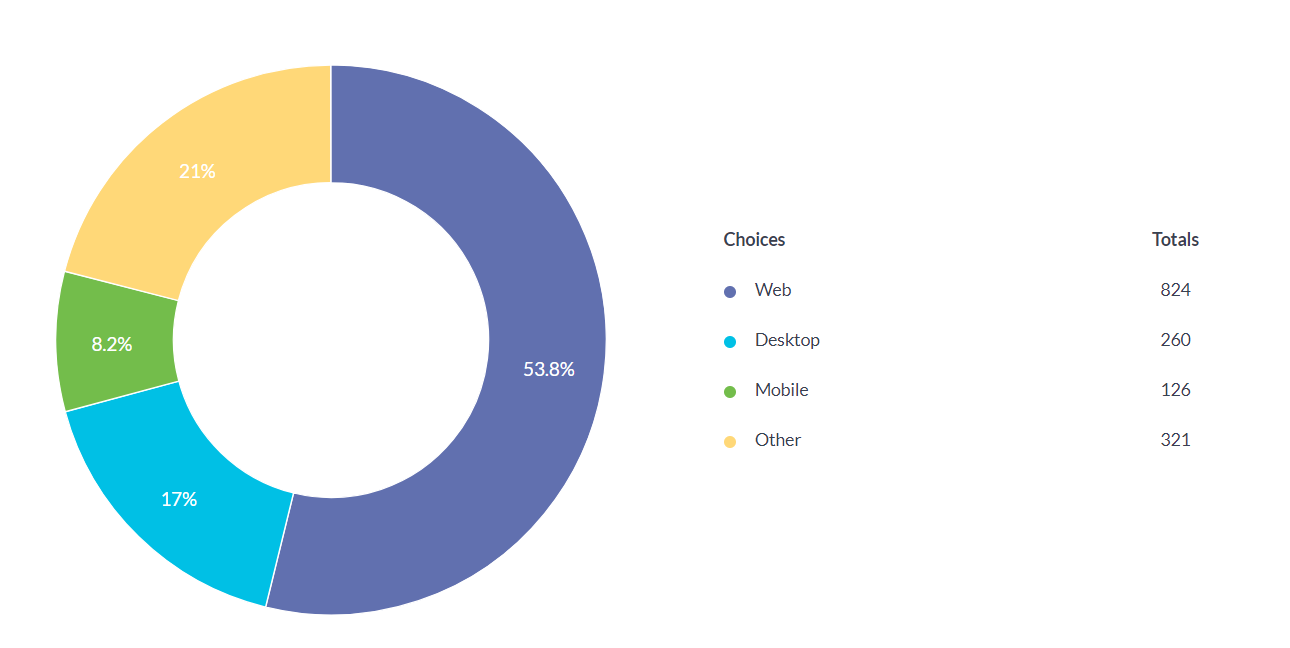 Web leads the pack once again, followed by desktop and mobile. In the other section there were answers related to data processing, embedded and sysadmin roles.

Q30 Do you attend Perl conferences? 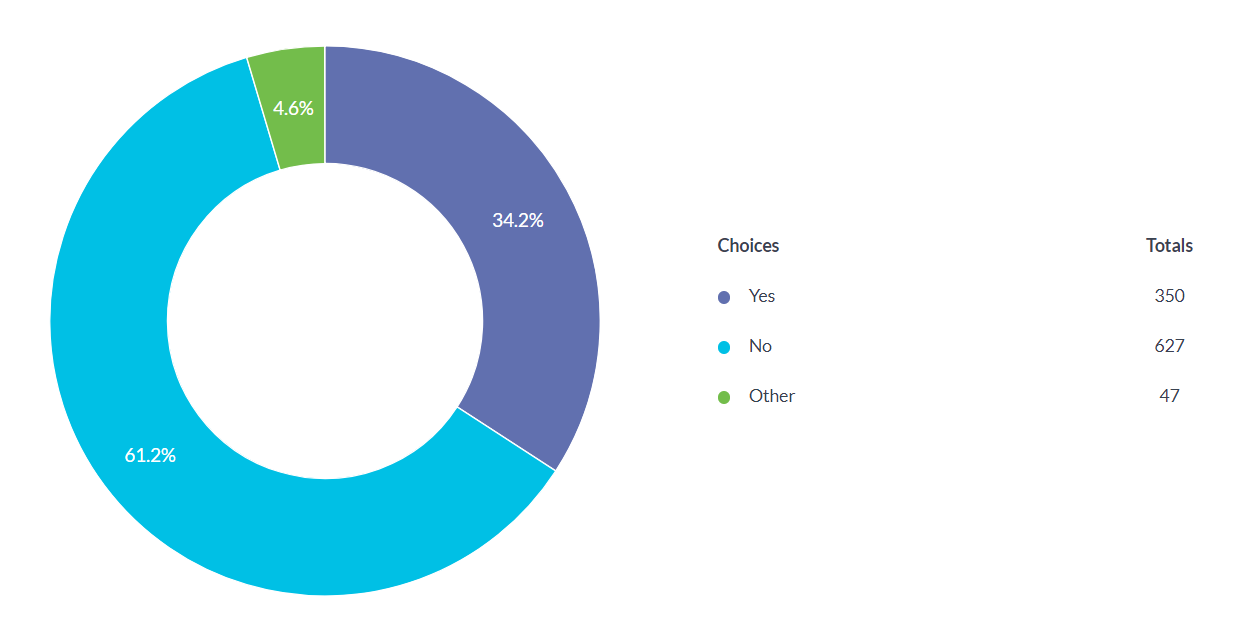 The other section, just like last year, was mostly filled with answer like: used to, nothing nearby, sort of etc.

Q31 Are you part of a Perl Mongers group? 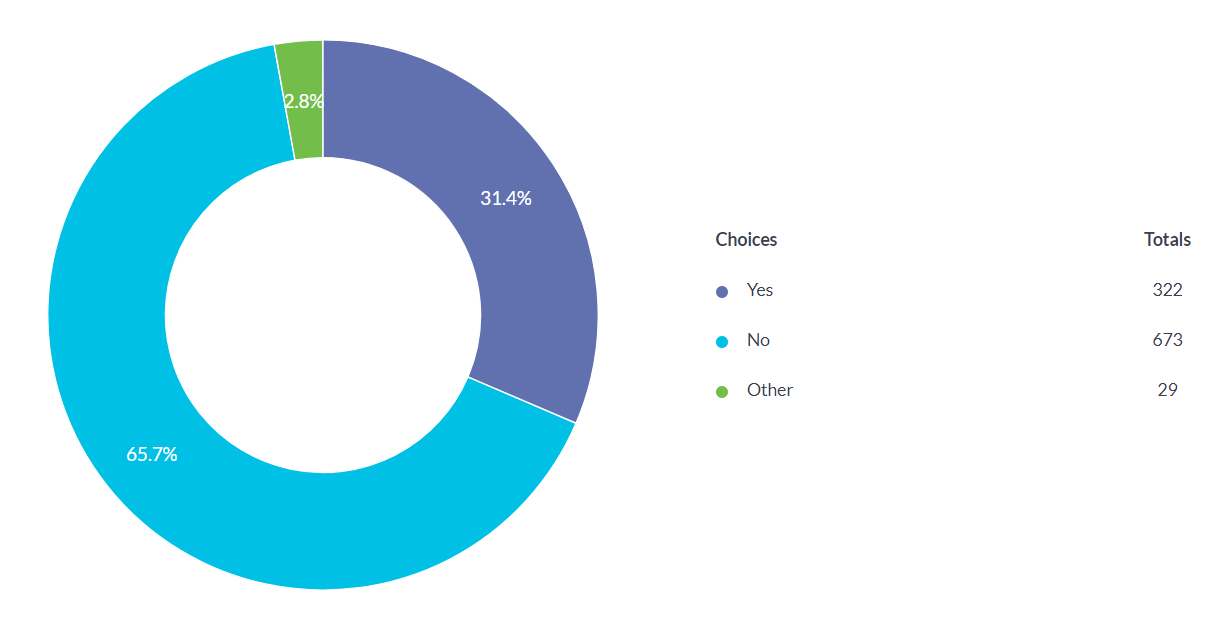 Q32 What do you think about the Perl community? 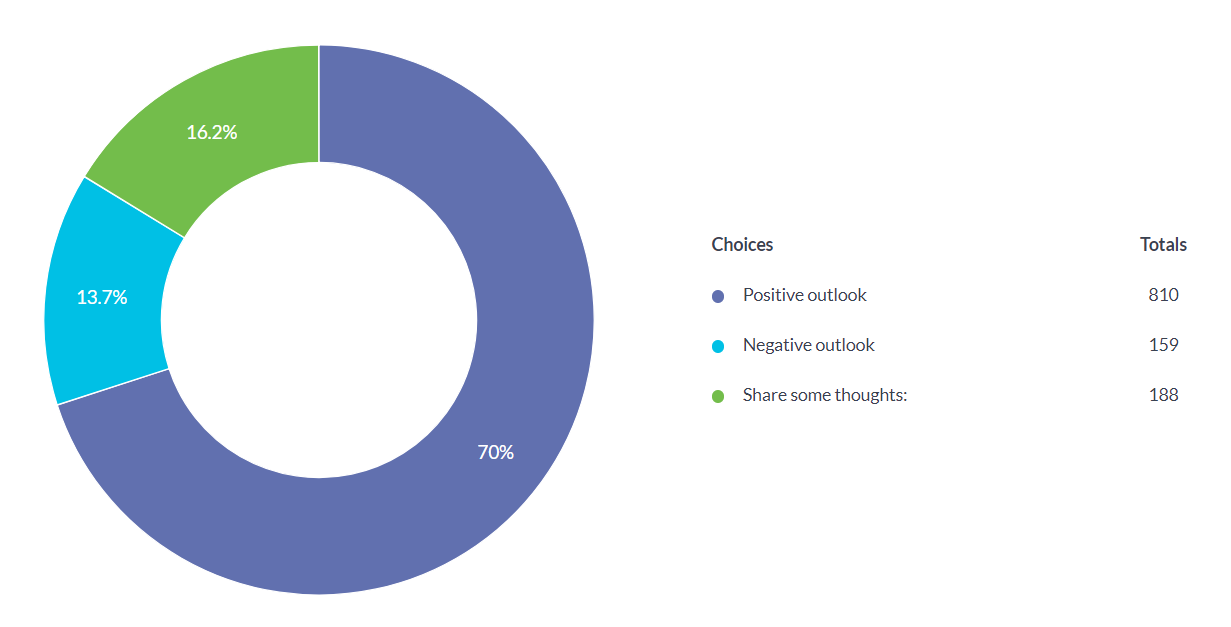 Most respondents have a positive outlook on the Perl community. In the share some thoughts section we received quite a few (negative) responses related to the naming of Perl 6, some on improving Perl 5 more, insular behavior or unwelcoming, issues with CPAN library or neutral or no opinion.

Q33 Do you contribute to open source? 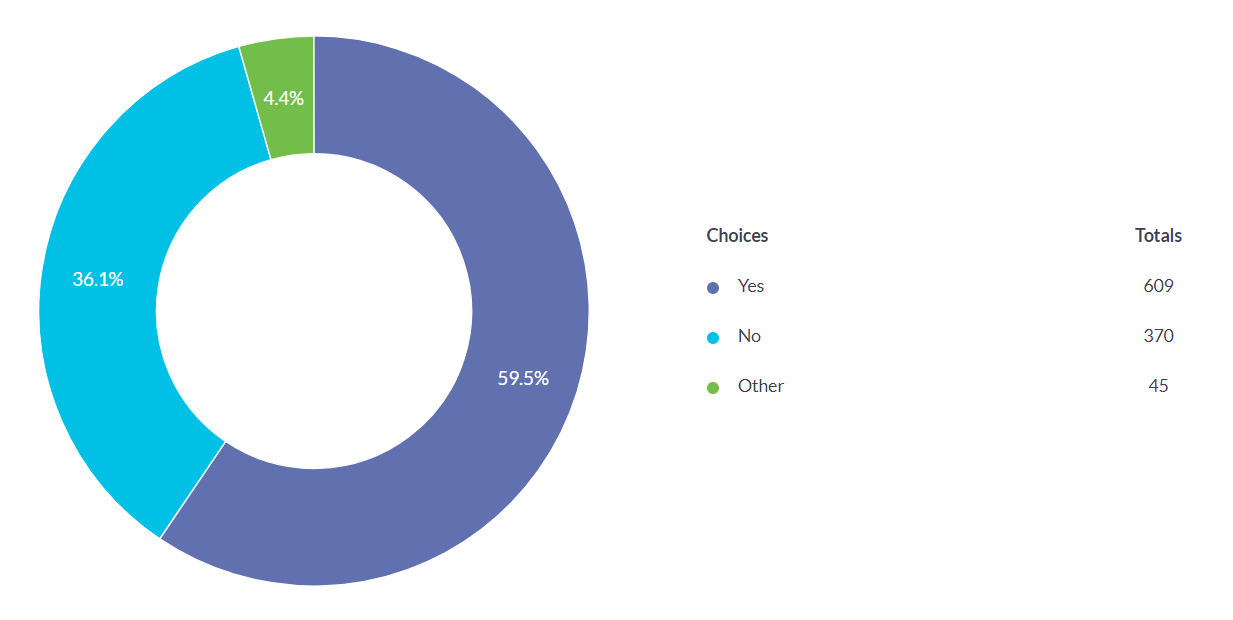 The other section, just like last year, covers respondents that don’t commit to open source regularly or wish to do it in the future.

Q34 Do you blog about your projects/experiences? 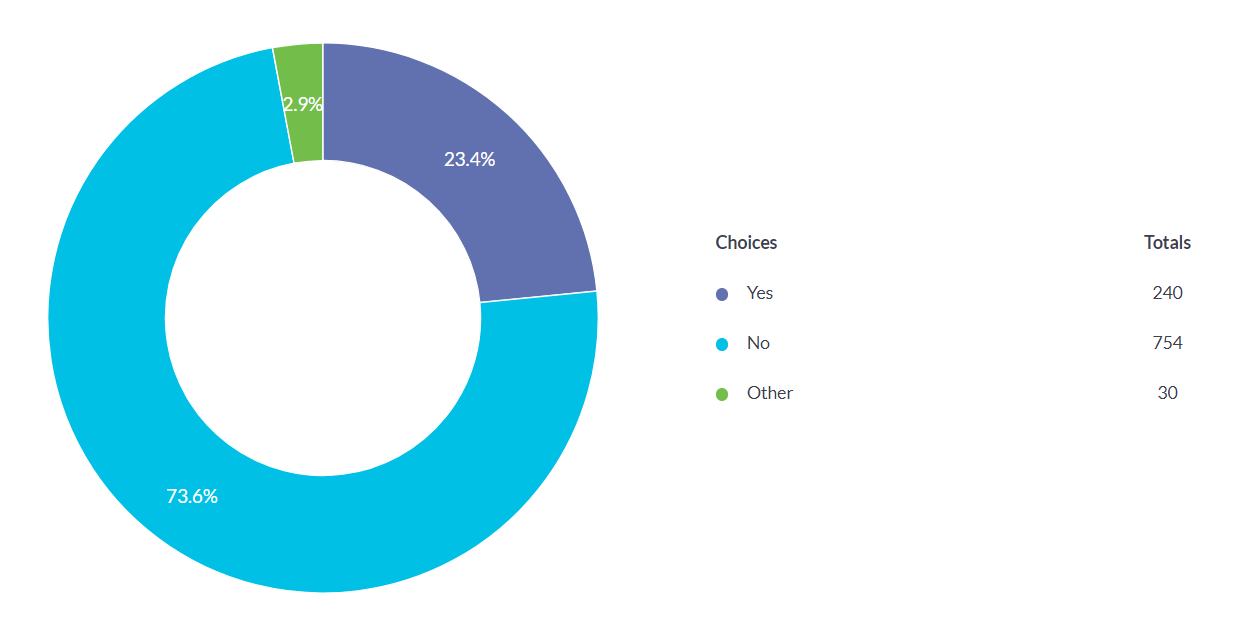 The other sections mostly covers people who don’t blog frequently.

Q35 Do you plan to move from Perl to another language in the future?

Some responses also mentioned using these languages together with Perl, for different projects or for work/personal projects.

If you’d like to give some feedback on this year’s survey and let us know what type of questions or information you’d like for next year, please fill out this form.

Samuel is a marketing and business development consultant for BuiltinPerl and the Perl division at Evozon. He has written several articles on Perl and was also a volunteer at YAPC::EU 2016.