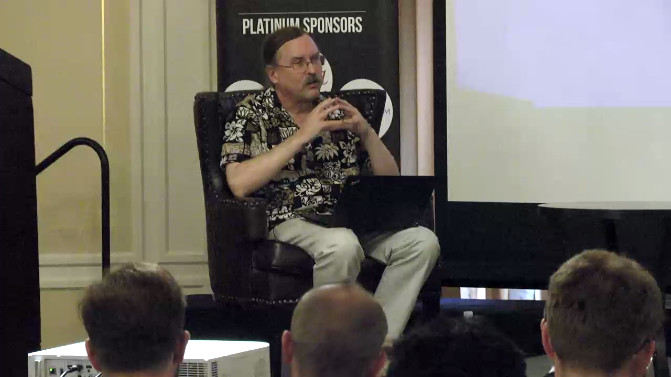 Larry was interviewed in San Francisco at Erlang & Elixir Factory SF Bay Area 2017 conference. As you’d expect from Larry, the talk covered many interesting topics including:

The first 22 minutes are Larry showcasing Perl 6’s major features. If you’re familiar with those already, you might want to skip ahead. My favorite anecdote was about the Unix community and Perl:

The video, slides and audio of the interview are available on InfoQ’s website.